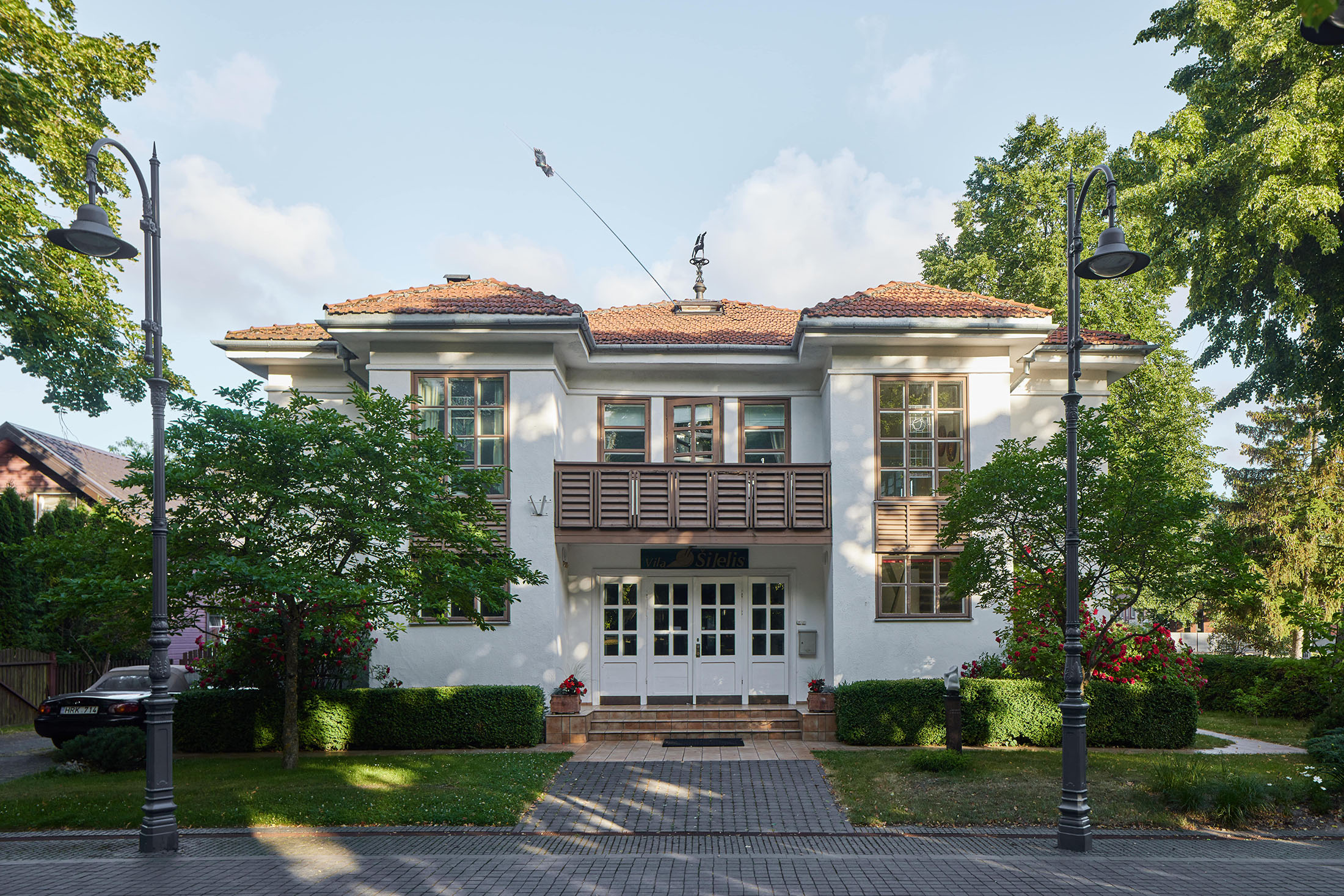 In the 1940s, after the devastation of a major fire, the resort of Palanga was redesigned and revived by Vadim Lvov, who was the city’s architect. In 1939, architect Lvovas designed the villa “Šilelis” in the old part of the town, which had a modernist architectural style and belonged to Ona Lukšienė. The villa was built on an authentic avenue created by the resort’s founder Count Joseph Tiškevičius, in what was Palanga’s first park.

The architecture of the two-storey building stands out from the resort buildings of the time for its materiality and size. The façade of the building is monumental and symmetrical, enlivened by two side windows on both floors, which bring light to the staircases behind them. In the original layout of the building, the rooms on the second floor were symmetrically arranged and accessed from the side staircase via a balcony/gallery.

In 1996, the villa was reconstructed according to the project of architect Petras Grecevicius, during which the layout of the building was reorganised and the small rooms were combined into larger apartments.

Tours begin every 30 minutes and last 45 minutes. Last tour on Saturday and Sunday starts at 5:00 PM.
No in-advance registration is required. Access to the buildings will be managed by forming queues.