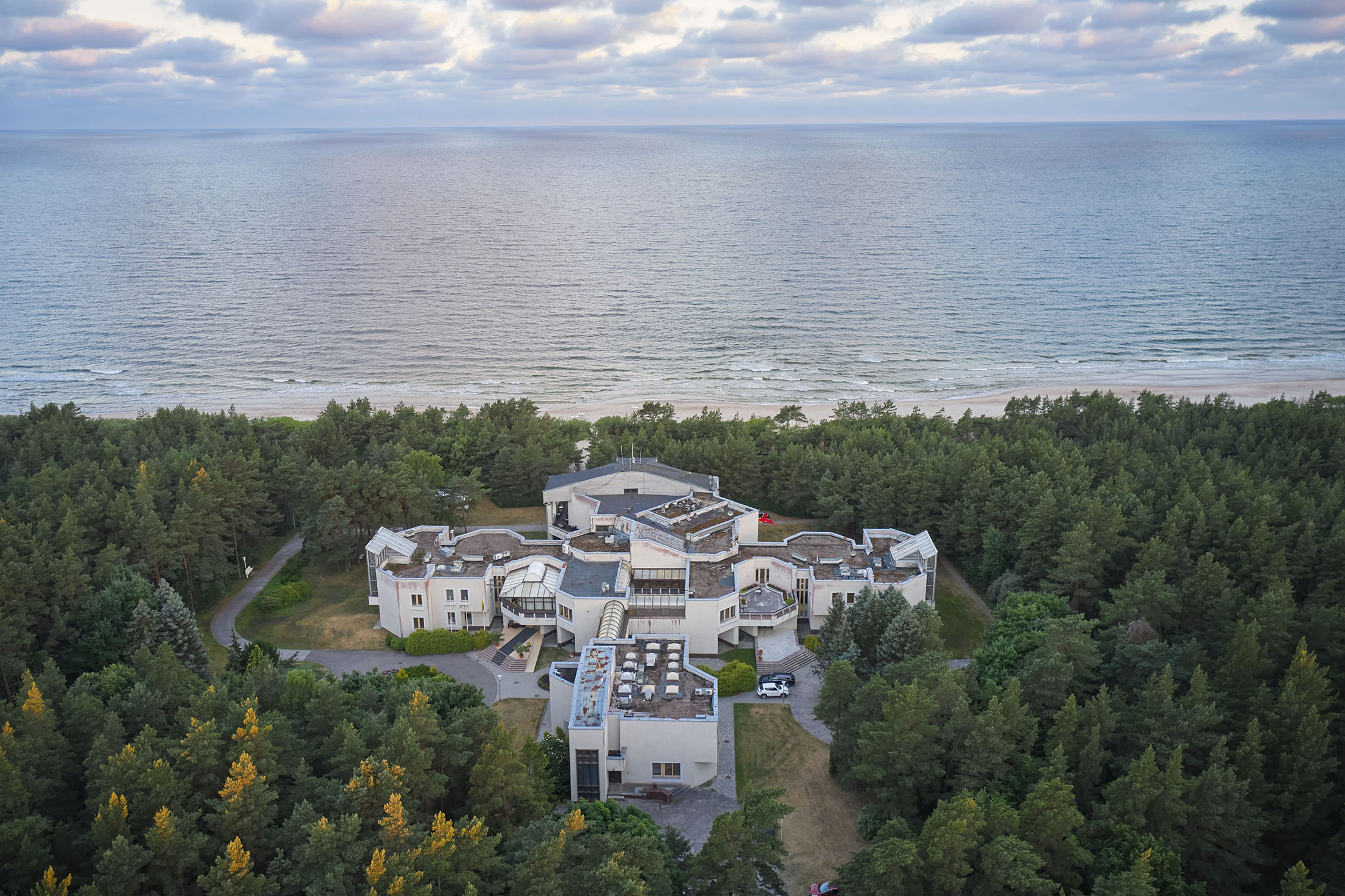 Auska is one of the most mysterious and unique objects of late modernist resort architecture. The architect Juozapas Šipalis had the absolute freedom to realise his ideas: the privilege of disregarding the norms of design, a large creative team, and an unlimited budget. The symmetrical T-shaped building was designed to reflect cosmopolitan tendencies – expressive geometric forms, complex volumetric compositions and a variety of finishing materials. The main building, the park, the service buildings and even the fence were designed holistically, following a single concept.

The interiors of the four apartments of the holiday home were created by famous Lithuanian artists: stained glass by Konstantinas Šatūnas, a sculpture by Vladas Vildžiūnas, 34 original copper chandeliers by the jeweler Kazimieras Simanonis, and ceramics by Juozas Talmantas, Nora Blaževičiūtė, and others.

Auska was distinguished not only by its impressive architecture and luxurious interior but also by its sophisticated technological solutions. For example, a heated swimming pool in the shape of Lithuania was supplied with water through a one-and-a-half-kilometre-long pipe directly from the Baltic Sea.

Extraordinary not only from an architectural standpoint, but also from an urban, artistic, and societal point of view, the 22-hectare villa, built right on the sand dunes, was destined for the highest echelons of the Soviet nomenclature, and was guarded by the KGB until 1991. Since 1994, the villa has for some time functioned as a holiday and meeting centre for the most important Lithuanian and foreign political figures, including the historic meeting of the three Baltic Presidents.

Tours begin every 30 minutes and last 45 minutes. Last tour on Sunday starts at 6:00 PM.
Due to limited parking spaces, the building's management asks you not to drive to the site of the building. Išankstinė registracija nereikalinga. Patekimas į pastatus gyvos eilės principu.