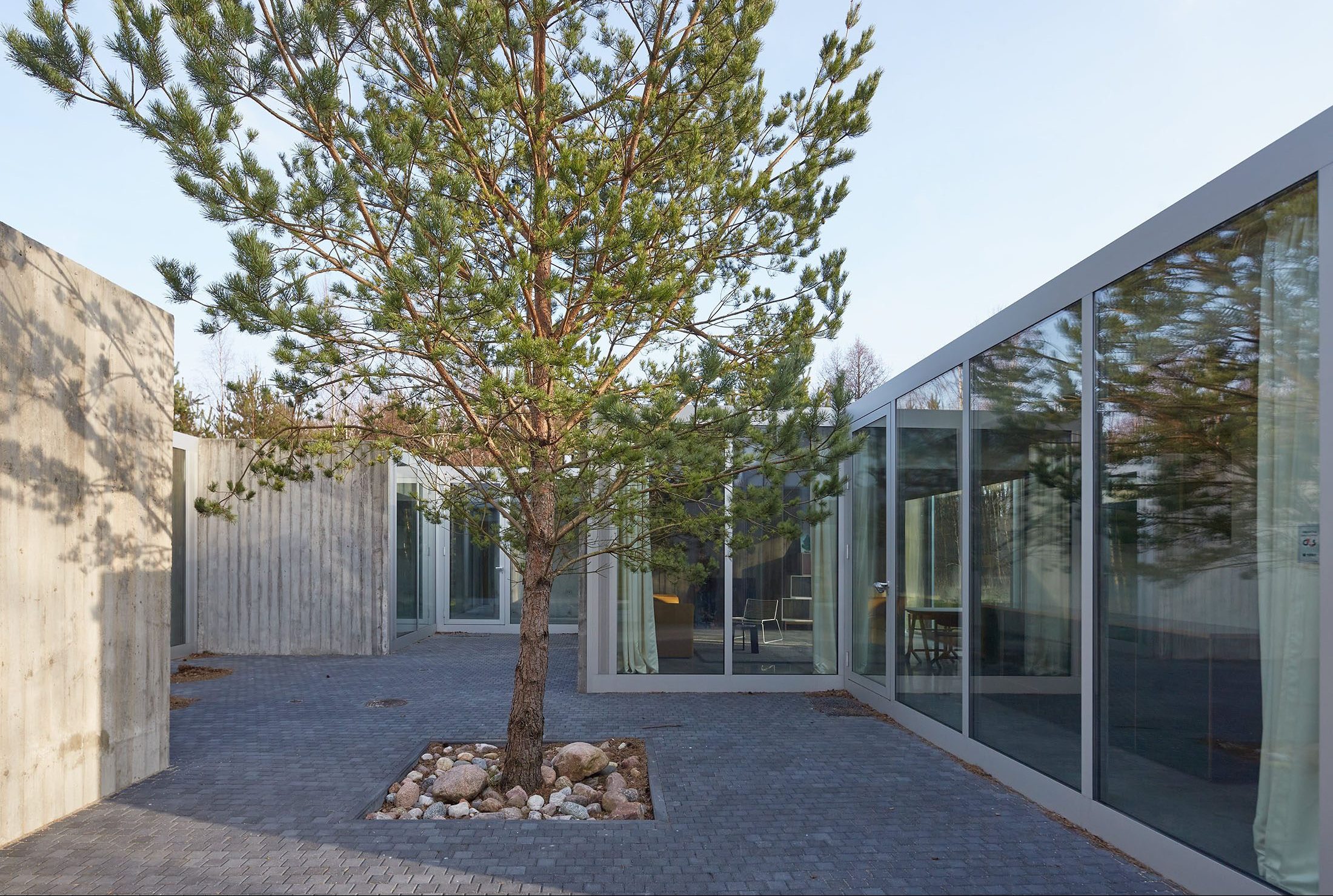 Holiday home “Kankorėžis” was constructed back in 2017 on the southern part of Palanga, next to the Seaside Regional Park. In order to achieve unlimited creative freedom and full control over the construction, the architect of the building took on the role of a designer as well as that of a client and developer. His aim was to create a building where the connection with nature remains undisturbed. The building incorporated a lot of glass to make one feel as close to nature as possible.

The dwelling is an example of contemporary architecture where minimalist shapes contrast the natural surroundings and simultaneously oppose the chaos of suburban architecture in the vicinity.