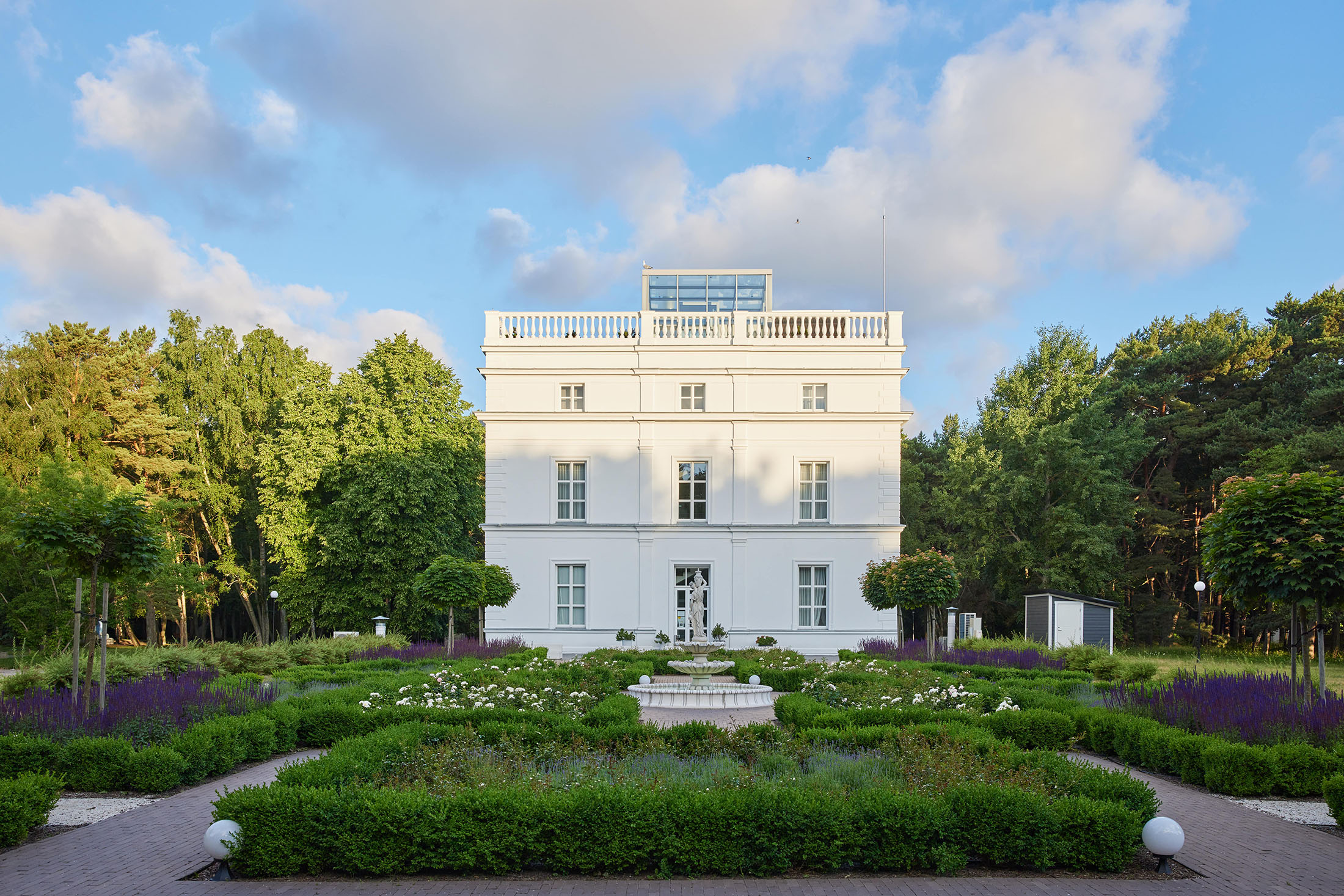 The history of villa “Komoda” dates to the 19th century. The two-storey Italian Neo-Renaissance villa with a roof terrace was commissioned by Count Feliksas Tiškevičius of Palanga. Villa “Komoda” was originally built at the end of the 19th century. It is believed that the building was a gift from one brother to another.

Historians believe that Italian architect Leonardo Marconi designed the villa. It is thought that Marconi may have sold “Komoda” project abroad. An identical-looking villa now stands in Monaco, France. It was once owned by Karl Lagerfeld, former designer of the Chanel Haute Couture fashion house.

Unlike other villas built at the time, “Komoda” was constructed of stone masonry (one of the first stone buildings in Palanga) rather than wood. This has enabled “Komoda” to survive to this day.

The roots of the name “Komoda” lie in its unique shape, which resembles a wooden piece of furniture with drawers – a chest of drawers.

During the interwar period, the villa was reconstructed, and a pitched roof was installed according to a project drawn up by the engineer Pranas Morkūnas. During World War II, “Komoda” was burnt down several times and remained unused and abandoned for a considerable amount of time.

After the current owners took over the management of the villa, it was fully restored within three years and since 2018 it has been operating as a boutique-style residence with a seasonal food restaurant, a private French garden, and a roof terrace.

Tours begin every 60 minutes and last 45 minutes. Last tour on Saturday starts at 6:30 PM,, on Sunday – at 5:00 PM.
No in-advance registration is required. Access to the buildings will be managed by forming queues.