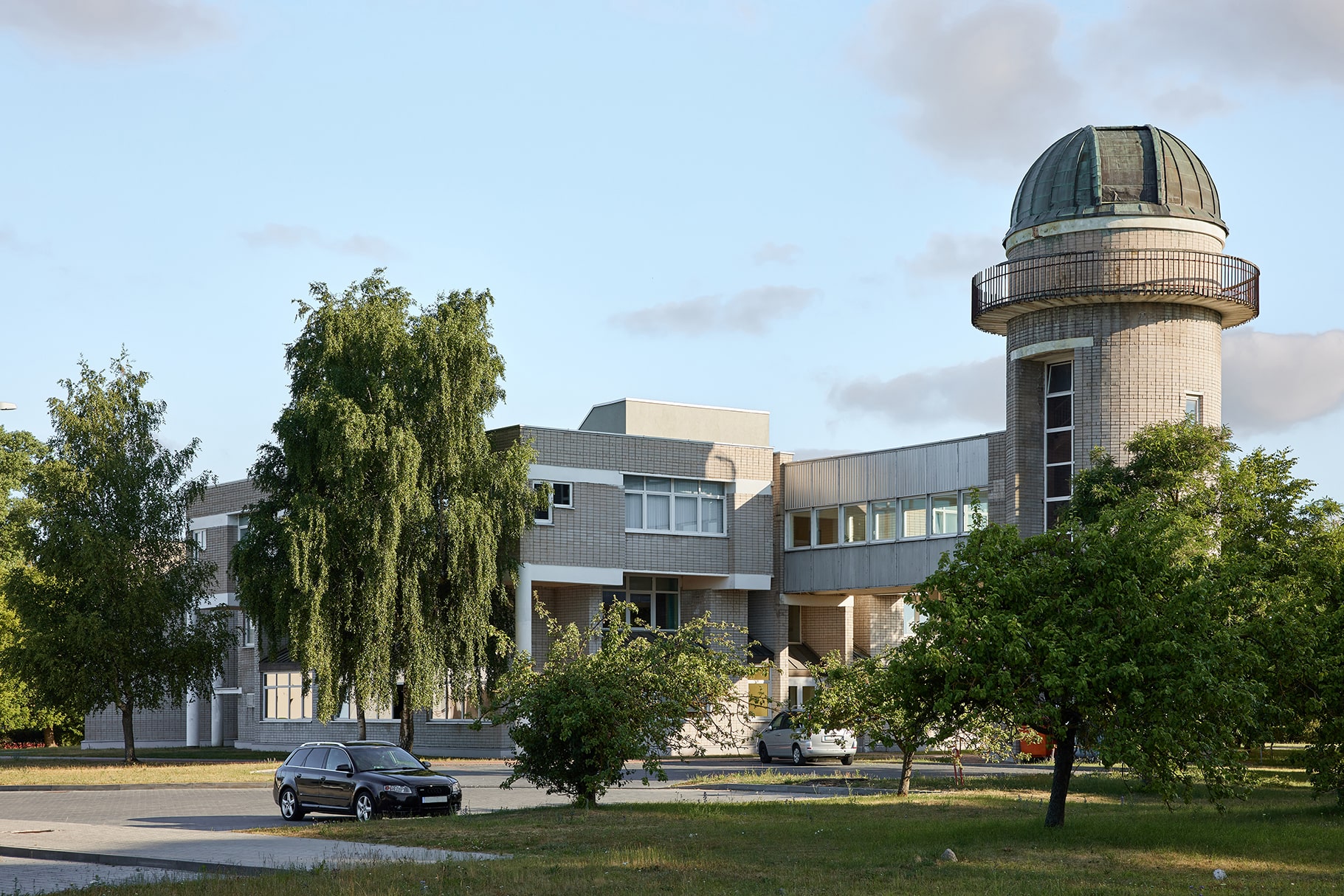 The architects’ project had grand ambitions – the site was to be the equivalent of Disneyland, with an observatory where children could study the craters of the moon through a telescope.

Although the telescope in the observatory was never erected, its dome, made in the Klaipėda Shipyard, still stands in Palanga today.

Designed as a Students’ House, the building is distinguished by its prominent upper part, whose massiveness is emphasized by the presence of pillars and the inclusion of a ground floor, typical of late modernism. In addition to the observatory, the architects also designed ornamental outdoor swimming pools, indoor and outdoor amphitheaters, winter and city gardens for graduates, and a children’s tourist site.

It is all crowned with a seagull spreading its wings outdoors, which the architect Gintautas Likša helped to sculpt with his own hands.

In 1991, a primary school was established in the building, which is still running today.

Tours begin every 45 minutes and last 45 minutes. Last tour on Saturday starts at 7:00 PM, on Sunday – at 5:00 PM.
No in-advance registration is required. Access to the buildings will be managed by forming queues.