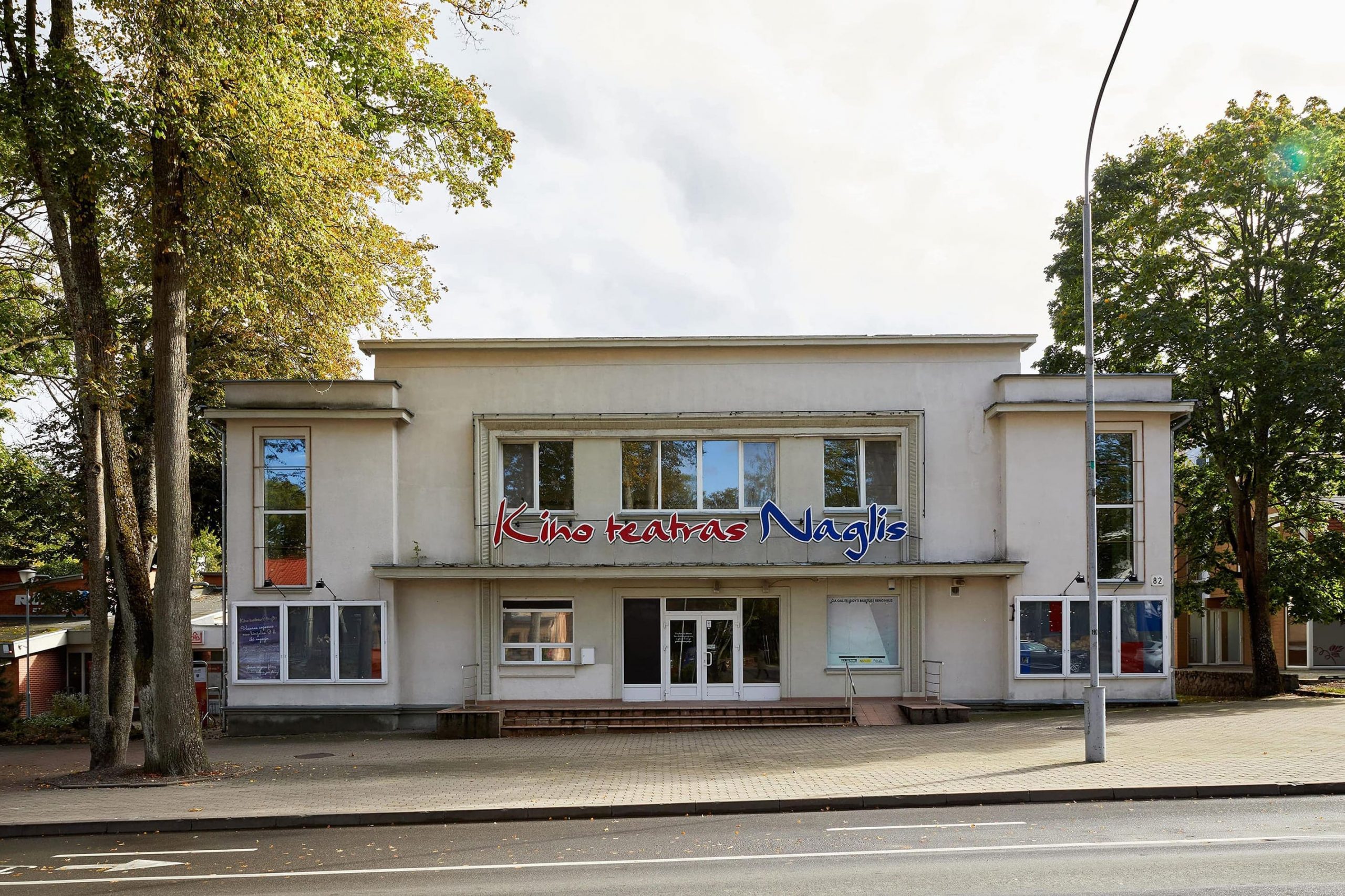 Naglis Cinema is one of the first post-war public buildings in Palanga.

The building is located in the historical centre of Palanga, close to the bend of the river Rāžė. Interestingly, its location commemorates the start of Palanga as a holiday resort, as this plot was the site of the first Tiškevičius palace in the city in the 19th century. In 1947, the palace burnt down and a cinema was built instead.

According to the regulations of the time, a typical socialist realism design was to be realised, but the well-known architect from Šiauliai, Albertas Ratnikas, modified the design and added stylistic features of inter-war modernism to it. The symmetrical composition of the volume included pediments blocking the pitched roof, and staircases with narrow vertical “thermometer” windows in the corners. This was one of the first Lithuanian model cinemas, subsequently becoming a reference for cinemas in Vilnius, Tauragė, Kuršėnai and Mažeikiai.

Thanks to the chief architect of Palanga, Alfredas Paulauskas, the cinema was equipped with one of the first wide-format screens in Lithuania. In addition to the modest interior, sgraffito “Naglis ir Neringa” by artist Jonas Jurkonis was created in the foyer. At the time, the 400-seat cinema, which was open only in the summer, had neon signboard lights, while tickets for popular Indian and Russian films were hard to acquire.