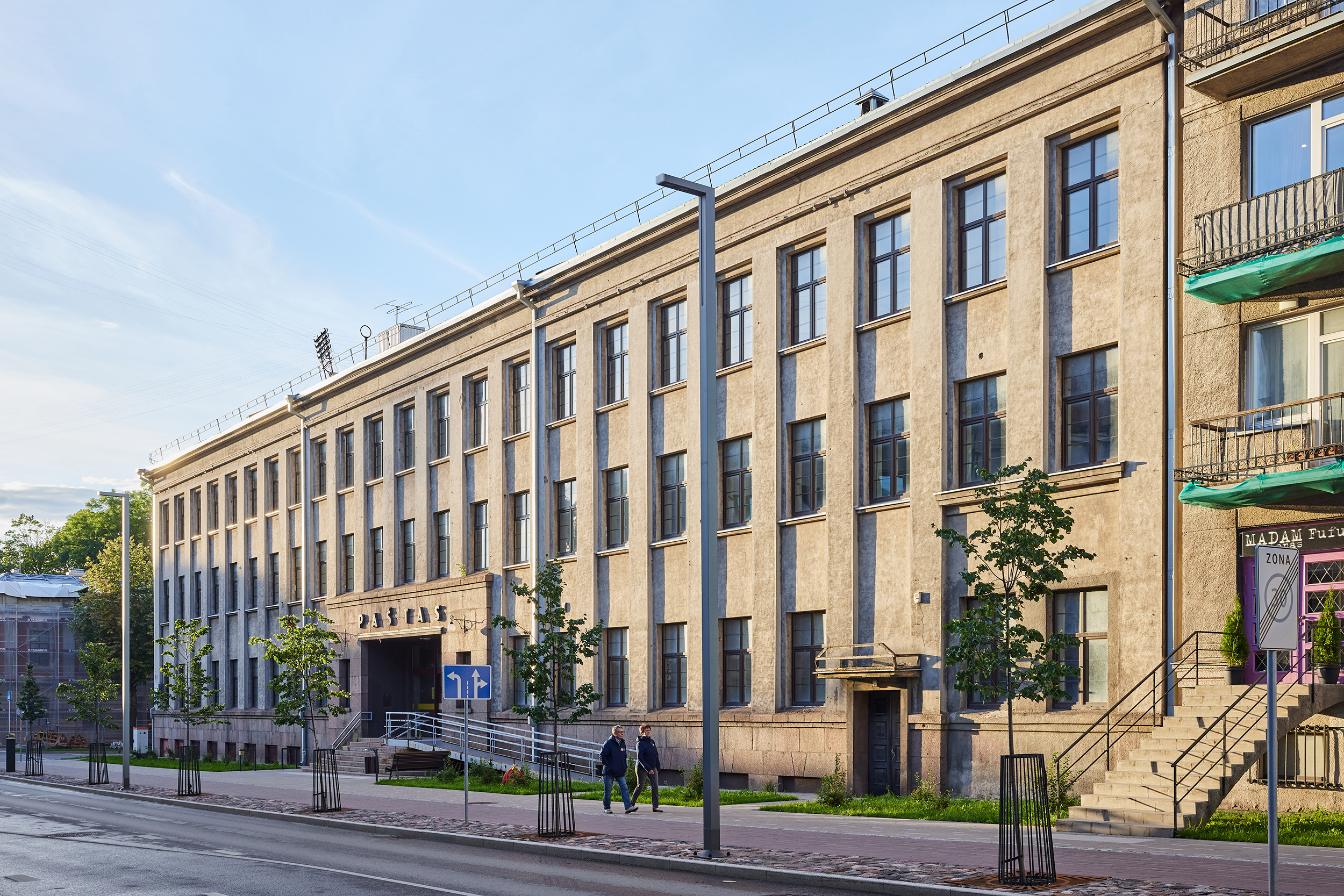 The Central Post House is one of the most distinctive examples of modernist architecture in Šiauliai. The architect of the building, Klaudijus Dušauskas-Duž, was an activist of the Belarusian national revival and one of the creators of modern, new-generation architecture in interwar Lithuania. The building in Šiauliai was the fifth post office designed by the architect in Lithuania: post offices in Raseiniai, Zarasai, Nida and Šančiai had already been built according to his designs. In addition, the building’s structures were designed by Anatolijus Rozenbliumas, a well-known engineer at the time, who also contributed to the innovative solutions for Kaunas Central Post Office.

The new post office was designed on the site of a timber warehouse and was the largest building in Šiauliai at the time of its construction. The size of the building was determined by the representational importance of the post office and the intention to accommodate the post office, the telephone and the telegraph – rapidly developing communication technologies. In the autumn of 1939, the first and second floors of the building were occupied by some 150 employees of the Šiauliai post, telephone and telegraph offices, while the third floor temporarily housed the Institute of Commerce, which had been relocated from Klaipėda and which was the only institution of higher education in Šiauliai during the interwar period.

The spacious three-storey L-shaped building blends harmoniously into Aušros Avenue. The façade of the post office features a massive granite plinth and entrance portal. The sense of modernism is also evident inside the building: the space and structure of the customer service hall are very reminiscent of Kaunas Central Post Office. The interior structure was preserved even during the Soviet-era reconstruction, and the building’s purpose has remained unchanged throughout its history.

How to get there

No in-advance registration is required. Access to the buildings will be managed by forming queues.
Expected occupation: medium.